If you love beer and don’t know about the Great American Beer Festival, you’re missing out. More than 8000 breweries descend into the Denver Basin and pour more than 3,800 beers to compete for top honors. 3,800 beers. That sounds like music to my ears. This year, they pulled a record crowd with more than 62,000 people turning up to sample brews, debate their favorites and overrun the surrounding Denver beer scene.

I wasn’t always the biggest beer girl. My gateway to beer drinking was a lovely wheat beer made from a Bloomington, Indiana brewery named Upland. Then I grew to love Lagers, Ales, Hefeweizens, Red Ryes and English Styles to Stouts, Porters, Wild Ales, Sours, and finally and most recently my latest beloved – IPAs. (Disclaimer: I really put up a fight to love IPAs, I didn’t want to love them. I didn’t want to be that girl who liked “the hot new band but couldn’t say that she loved them from the start”. But my world has changed. I’ve had some really amazing hazy, juicy and milkshake IPAs in recent months. And it’s a brand new world to me. But I digress.)

Great American Beer Festival. It’s really become the mecca for breweries looking to grow and solidify their standing in the beer community. So you couldn’t go this year. Maybe you haven’t even heard of it. Well, we want to make sure you don’t miss out – so here’s a quick recap.

IPAs: American IPAs have reigned recently, but this year, a new kind of IPA took the top spot – the Juicy or Hazy IPA. The competition was fierce for the newly official beer style and its three variants – a total of 300+ beers for the broader category. Beer drinkers know the hazy IPAs as juicy, fruity, with a smooth mouthfeel often spoken about as ‘creamy’.

One of my favorites was Madame Psychosis out of Fiction Beer Company out of Denver: it carries a 78 IBU and a 6.5% ABV. The brewery boasts flavors like papaya, mango, pineapple, orange zest, peach skins brewed with Idaho 7, Mandarina Bavaria, Mosaic, and Citra hops.

The hazy IPA category is still being defined and breweries are watching. But because of the ‘hazy’ style requirements surrounding the style, consumers are still being blessed with high and low IPAs, thick and thinner hazes, and varying fruit combinations. It makes for an exciting time to be a hazy IPA drinker.

Sessionable Beers: Sessionable craft beers account for more than a quarter of the growth in craft beer sales according to the Brewer’s Association. And it was no different at the Great American Beer Festival. These styles are great for everyone: young newcomers to the beer community who want something easy to drink, those who love porters but maybe can’t drink those heavy beers all day and need something light, and those older generations who just love their easy lagers and pilsners from days gone by but don’t want to miss out on this exciting new scene (Hi Dad!).

Sessionable beers make beer drinking easy and target every single person of beer-drinking age. It’s what we all want the beer community to be, welcoming to every single person. As more beer styles proliferate taprooms, sessionable ales, pilsners, lagers, dunkels, etc. will be our safety nets and our classic favorites – just like mom’s home cooking.

It’s more than just a Beer Festival: With Pernod-Ricard hosting the beer garden and so many wine or spirit barrel-aged beers, the Great American Beer Festival is no longer just about beer. Obviously bourbon and whiskey-aged beer have been favorites for years, but recently at GABF we’ve seen gin-aged, brandy-aged, and wine-aged beers.

One of the best from my opinion was the Cigar City Beoir Le Caife. A Brown ale brewed with Lactose and Jameson-rested coffee beans – and then to make it even more decadent, it was aged in Jameson Whiskey barrels. This Tampa, Florida brewery hit the bullseye with this 5.5% ABV chocolatey rich combination that can’t be dismissed no matter your beer style preference. This small batch brew is a diamond in the rough. (FYI: Cigar City also hits the bullseye with their Jai Alai and its various iterations – here’s looking at you White Oak Jai Alai.)

Savory Beers: It’s no doubt that savory flavors are slipping in to beers recently. I’ve had or seen sausage maple beers, jalapeno, black pepper and even BBQ beers. But I know that’s just the tip of the iceberg. One of the hottest beers of the Festival was a Spaghetti Gose from Weldwerks Brewing Company – brewed with roasted tomatoes, fresh basil, oregano, sea salt and spaghetti pasta. It’s a memorable brew for sure, but what do you think about savory beers? Are you ready for them or not?

No matter your preference for beers, there’s always something out there for you. Brewers across the nation continue to be inspired by each other and their consumers. Don’t be shy to speak up to your local brewer while grabbing a pint on a weeknight, they want to hear your thoughts and I’ve never met a brewer who didn’t love to talk about beer and its different styles. You never know, your conversation may lead to the next fettuccine alfredo beer! Cheers! 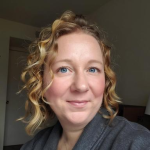