The Magic of Nostalgia: Disney Food

Mickey Mouse is one of the most recognized icons in the world. Those three, perfectly-proportioned circles have endured for over 90 years! And his image now ventures beyond cartoons on Saturday morning; he’s on clothing, purses, cell phone cases – and food! He’s definitely one of my favorite icons.

If you travel to The Magic Kingdom at Walt Disney World Resort in Orlando, Florida, you can’t deny the impact of Mickey. It’s difficult to find food that isn’t shaped like him. From over-the-top caramel apples and huge sugar cookies, to hot pretzels and waffles, you can capture the nostalgia of childhood whenever you wish.

The Magic of Disney Food

While on a recent trip, I had the opportunity to take a behind-the-scenes tour of the food of Magic Kingdom. We spoke with chefs to learn about their day-to-day doings, where they find inspiration, and how they make so much food taste great every day. We even tried several park staples: Dole Whips, giant turkey legs, popcorn, and some of the “grey stuff” from Beauty and the Beast – which tastes suspiciously close to cookies and cream…

Trying other non-classic park items, we learned that seasonal offerings flourish and chefs have creative license to shake things up. For example we tried a Philly cheese steak spring roll with a strawberry slushie, topped with green apple Boba bubbles.

Despite having been to Disney World several times – I never realized all the new and exciting foods that were out there. Nostalgia is what drives us to our favorites, but if you’re feeling adventurous, there’s something for you, too!

Disney impressed me with their logistics. They have a small army ready to prepare your park favorites as well as all their new creations. You’ll have no problem immersing yourself in the theme of any eatery – whether its a Jungle Cruise Skipper Canteen, Cosmic Ray’s galactic refreshments, or even a royal dinner with Cinderella herself. Disney somehow makes you forget the outside world and experience any number of realities – all through food.

Why Is This So Powerful?

Remember how I said Mickey Mouse jumped from the small screen to merchandise? Well the food at the parks has created the same effect! The amount of merchandise themed after classic Disney theme park food is overwhelming – there’s an entire section dedicated in almost every shop. Don’t be surprised to find park guests wearing Minnie Mouse ears shaped like donuts, or shirts that boldly state “I’m here for the food!”

If you can’t make it to Walt Disney World any time soon to try these fantastical treats, fear not! There’s a subscription service (not affiliated with Disney) called Boxney that will send you treats hand-picked from the four theme parks at Walt Disney World in Florida, or from Disneyland in California. These boxes come in three sizes, depending on how many products you’d like to try and if you’re not looking to indulge every month, you can purchase one-time boxes, or holiday-themed boxes.

The whole point of Disney and everything that comes from these parks: immerse yourself in the nostalgia of your childhood. Walt Disney made a place where you can be young forever. So if you ever get the chance to visit the ‘Happiest Place on Earth’, don’t be afraid to choose the Mickey-shaped waffles at breakfast… things shaped like Mickey taste better anyways! 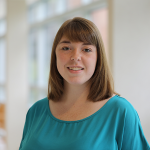