Impatiently Waiting for the Next #PSL

Every fall, I order a Pumpkin Spice Latte.

And every fall, I remember I don’t really like Pumpkin Spice Lattes much. I love the idea of the #PSL, the warm spices and the nostalgia, but I’ve never been crazy about the pumpkin flavor. Honestly, I’m just ready to move on.

Here’s the crazy part about Pumpkin Spice: the flavor that started a cult, and transformed the landscape of seasonal flavors, is not even in the top 25 of flavors people were interested in consuming in the fall. And it only has 50% flavor interest fall (Source: Givaudan Seasons).

Now, 50% interest can mean everyone thinks it’s okay, but it can also mean half of folks love it – and half hate it. With Pumpkin Spice, I think it’s safe to assume the latter. And when 50% of consumers love a flavor, and you limit its availability, and you give it a huge social media presence… well, that’s how you build a flavor cult.

But what about the rest of us? The other half of coffee consumers who have been patiently waiting 15 years for “the next Pumpkin Spice”? I set on a mission and buried myself in our fall Seasons data to see if there was any hope.

**Spoiler Alert: There are plenty of great fall flavors besides Pumpkin Spice.**

There are more flavors for Halloween than pumpkin and candy corn. I love the idea of a fanciful flavor like Witch’s Brew. I imagine a dark chocolate mocha filled with warm spices, a hint of anise, and a touch of cayenne heat (hot chilies are also strongly connected to fall).

An if/then statement for the logic lovers in the room.

Maple Chai, Butterscotch Chai, Hazelnut Vanilla Chai, Caramelized Vanilla Chai… all sound good to me. A warm White Chocolate Chai Earl Grey Latte with a splash or three of good Bourbon might be a bit much for a menu but it’s my favorite thing to drink for the first fall lighting of the outdoor fireplace.

Our Seasons research showed that spiced is second only to harvest for words on menus that signal fall, and spiced also carries a flavor into winter. Rum is a fall flavor and is strongly connected to football in the fall. How about a Spiced Rum Caramel Macchiato? Maple Spiced Rum, Vanilla & Spiced Rum, Spiced Buttered Rum? Cinnamon Spiced Rum?

Not only are nut flavors like hazelnut, almond, and pecan highly associated with fall, they are also some of the most appealing flavors for coffee drinkers and best fitting flavors for lattes. Look for ways to reinforce the “autumness” of nut flavors with other flavors that say fall: Caramel Almond Spice, Spiced Hazelnut, Maple Hazelnut, Chocolate Hazelnut Tart, Toasted Pecan Toffee, Butter Pecan Brittle, Vanilla Almond Chai, Almond Cinnamon Spice, Maple Pecan Pie.

So am I a fan of Pumpkin Spice? No.

But am I Basic? Yes.

I still love yoga pants, Sex & the City reruns, and I may have an entire kitchen cabinet devoted to scented candles. I would gladly stand in line – along with the other half of the yoga-pants-wearing-world that isn’t interested in Pumpkin Spice – to finally be included in the celebration of fall with something other than a PSL. 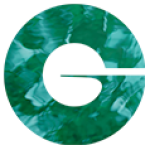