I really do have the best job. I mean, part of it is seeking out the best current and upcoming products in the food and beverage market! That’s pretty awesome. And how would one best do that? Well, the Winter Fancy Food Show is one way! This place was filled with thousands of new products, more than 1,4000 exhibits, and – the best part – thousands of samples to try!

I’m going to break down the biggest overall themes from the show, but first, let’s look at a quick video recap!

Today, health and wellness dominates the snack market. Consumers want to be shown their ingredient sourcing, as well the community impact of the product and the labor practice that went into it. So many of the products I saw came with an elaborate backstory- which was pretty awesome and just made me want to try their stuff even more!

This year’s Fancy Food Show might as well have been sponsored by Keto – because Keto products were EVERYWHERE. Ice cream, cookies, chocolates, baking mixes, frozen desserts, you name it! Up to this point, I had NEVER tried anything Keto (mostly out of fear), but I manned-up and had the Keto ice cream (pictured below) and absolutely loved it! It tasted as good as the “normal” stuff and I’ve even ordered a pint of the peanut butter since the show.

For the healthy beverage consumer, the show had plenty of bagged, leaf, and ready-to-drink tea options. From the booths I observed, Egyptian hibiscus and Thai concentration flavored teas got the most foot traffic.

Cauliflower as a base showed up in virtually every snack category: chips, snacks, and even hummus! I left my comfort zone to try some cauliflower-crust pizza that turned out to be absolutely delicious. I also munched on cauliflower puffs that I could easily see myself finishing a whole bag of.

The show also displayed some snacks I had never seen or tasted before! The tomato jerky was a clear hit with attendees, as well as mushroom and plantain chips. Harvest Snaps had two of my favorite snacks on display: black bean crisps flavored with southern style BBQ, and salted pea crisps.

I was a little overwhelmed by the amount of plant milk companies represented. They had everything: oat milks, hemp milks, cashew milks, almond milks… These milk bases show up in applications like coffee creamers, yogurt, cheese, and ice cream. Personally, I am not someone who drinks traditional milk on its own, but I tried hemp milk and was pleasantly surprised. I also sampled Miyoko’s Creamery’s oak milk butter and would have never known was oat-based.

Waffles and specifically mini waffles, were a huge hit! The coolest waffle cones were from The Konery. Not only were they really pretty but they came in delicious flavors like red velvet and pumpkin spice and, when lined up, they look like a cone rainbow!

My #1 favorite snack at the show was easily all the edible cookie dough! There were so many booths offering this delicious treat, that it would be an impossible task for me to pick a favorite. However, I was impressed with High Roads Brands because they took the cookie dough concept and created yummy bite sized snacks.

I typically am not one to have a sweet tooth, but I did fall in love with the Guinness Beer chocolate bars and potato chips! I probably circled back to that book three times a day. Most chocolate bars and bites I saw at the show were unsweetened, dark, and, surprisingly, contained hemp!

I was blown away by the recent innovations when it came to my favorite late-night snack: popcorn! Popcorn cake was literally what is sounds like – a huge cake totally made of popcorn! I also saw plenty of brands create their own version of trail mix- most containing popcorn bites. By far, the most popular booth of the entire show was the Cookie Pop Company. Their product is literally just popcorn pieces drizzled and dusted with candy bar flavoring. I tried the Oreo, Butterfingers, and Twix popcorn. I was instantly hooked on the Oreo pop – I even ordered 2 bags to feed into my late night snacking addiction.

Attending the Winter Fancy Food Show was such a great learning experience for me. I walked away feeling very full, but also very excited for consumers to see what’s coming next! 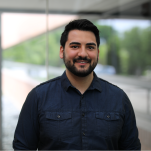