Why a Maple Flavor is a Good Idea

The turning leaves and chilly days remind us of maple, the smooth and mellow counterpoint to the fall classic of pumpkin spice. Starbucks receives most, if not all, credit for the creation of pumpkin spice since the latte’s inception in 2003 but maple has a different story.

The discovery of maple syrup sprawls across Native American legends from hundreds of years ago.  And with that much time under a flavor’s belt, maple’s ubiquity should come as no surprise. Synonymous with pancakes, bacon, chicken and waffles, sausage, whiskey, bakery items, cocktails and more, consumers can’t get enough. Perhaps that’s why over 400 products launched in the last year with this flavor. Here are just a few:

The Science Behind It

Although maple may be more subtle than spice, some of the flavor compounds used in maple flavors can be among the strongest known odorants because they can be perceived at such minute concentrations. Kim Juelg, a Givaudan Principal Flavorist, told SeriousEats.com “I have left work, gone to the grocery on my while home, and while in line have heard people say ‘Do you smell pancakes?’” after working on developing a flavor using sotolon.

Sotolon, most common in fenugreek, can be detected at levels as low as 1 part per billion – the equivalent of about a teaspoon in an Olympic swimming pool. A closely related compound, maple furanone, is even stronger – it could flavor an Olympic pool with about ten drops!

At Givaudan, our flavorists use these materials only as starting points to develop maple flavors. In addition to these compounds, they add buttery, nutty, vanillic, chocolate, and spice notes to create rich and authentic maple profiles suitable for any application.

Adding pairings can create a unique profile and can help set it apart from other products on the market. Maple flavors can be paired with a wide range of profiles to enhance their consumer appeal. Some emerging pairings for food and beverage concepts could include:

With over 90% of people having tried maple and 77% liking it (Datassential) – there is room to be creative and explore what pairings or culinary cues can elevate the flavor.

People are talking about maple more and more. In fact, of all food and beverage conversations online, ones including maple increased 44% in the past year (Tastewise). According to our proprietary Givaudan Seasons research, we see consumers’ interest peaking during the fall and winter. Specifically, it spikes around Thanksgiving and then Christmas, making it a ripe opportunity to consider for a seasonal or LTO flavor. And if you need one more reason to believe, according to Givaudan’s proprietary Mood & Emotions research, we uncovered that consumers associate maple with the emotion of happiness.

Considering this flavor for food and beverage product expansion? Contact your account manager and let’s get started!

Written in partnership with: 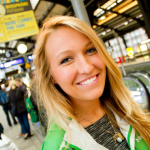