After 3 years of pent-up pandemic demand, Expo West was back to in-person last month, and there was no shortage of enthusiasm or new foods to try. I’m going to focus on a few plant-based meat products, but I had plenty of upcycled or otherwise novel snacks, drinks to curate moods and more mushroom derivatives than you can shake a stick at. So I put my walking shoes on, after wearing less comfortable shoes on day 1, and hoofed it 100,000 steps so you don’t have to.

Just a quick comment about the plant-based meat product proliferation that we’re seeing in the market; there’s an adage in product development that a new product can be developed fast, cheap or good, and the business team needs to pick two. This tradeoff scenario is especially germane to the current stage of our plant-based revolution. My focus was trying to identify products that might survive this bruising market, and if I were making launch decisions, I would focus on fast and good and save the cost/margin optimization for later.

Products that caught my attention

There’s a lot of “noise” at a conference like Expo West. Everyone is trying to stand out in a very crowded field, competing for limited shelf space and attention. I was trying to walk through all 10+ aisles of the “hot products” expo in 90 minutes, so I was judicious in what I stopped to try and with whom to chit-chat.

Plant-based seafood is challenging, and I’ve tried a lot of products, both internal at Givaudan and market products. Tasting the “TMRW” branded Ocean Cakes made me stop in my tracks. It had a briny, delicate white fish flavor with plenty of umami. With a coarse but cohesive texture, there was just the right amount of vegetative flavors and particulates with a clean aftertaste.

There weren’t quite as many seafood alternatives as I was expecting compared to the Plant-Based World Expo.

Givaudan is excited to be investing in high moisture extrusion (HME) capability in 2022 to better support our customers’ innovation. As a quick explanation, HME is a process that hydrates, cooks and restructures plant proteins so they’re transformed into fibrous proteins reminiscent of animal protein. So as I was walking around the expo floor, I was scouting products that had a whole muscle-like texture.

Despite all the chatter around cultivated meat, whole muscle is really the next frontier in meat alternatives. Formed products like burgers, sausages and nuggets have dominated the latest renaissance in plant-based meats headlined by Beyond, Gardein & Impossible brands. They’re generally created using dry extruded textured vegetable protein (e.g. soy or pea), and they do not have a fibrous texture.

UNLIMEAT was the brand that really stood out in its solving the whole muscle experience (see package image below of their flagship product). In casual conversations, many attendees excitedly lamented the taste and texture authenticity of their demos. The aroma is characteristic; there’s no plant protein flavor, it has a succulent, juicy, beef-like flavor released on the first bite, that stays consistent through chewdown with a pleasant aftertaste. It has a firm texture that chews down similar to meat. It has a great appearance and nice sauce. According to their website, it’s available in every Subway in Korea.

Unlimeat comes from the South Korean company “Zikooin” (founded in 2017) with the mission of upcycling grains for savory products; and in 2019, they extended this to plant-based meat. Their flavor extension to their “Slices” line is Gochujang (of course) and for their pulled-type meat product line, they have original, Gochujang and Korean BBQ.

Hopefully, their success at Expo West will gain them distribution in the U.S. I can see this format having success on sandwiches, in stir-fries, burritos, kebabs, etc. It would be interesting to see if their technical approach could be translated into thicker cuts like a steak, chop or chicken breast analog.

What’s next for Plant-Based Meat?

As the future of plant-based continues to rise, did you know that animal protein analogues  aren’t the only options? In this wide world of innovation, seafood analogues are catching up. Discover how Givaudan has been riding the fishless wave to creating remarkable seafood alternatives. Watch our seminar and learn why the plant-based fish and seafood market is poised to become fat bigger than we imagined. 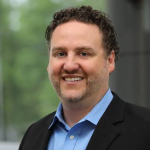